A decade of Halloweens for Sean. This year he is Garfield the cat -- orange and fuzzy with whiskers and attitude. I can't remember all the costumes of the past -- I know there was a slew of superheros including Batman, Flash and the Green Lantern. One year he was the Incredible Hulk -- it was the same year he tripped on a rock about a half a mile from the house and screamed the whole way home. He gave new meaning to Bill Bixby's line "Don't make me angry. You wouldn't like me when I'm angry."
Another year he was Buzz Lightyear but I don't think we made it outside our cul de sac. After he received a candy bar or a bag of Skittles he parked himself on the stoop of the person's house and proceeded to unwrap his goodies and eat. After eight houses, a thick chocolate moustache, and a green lolly pop tongue, he was ready to pack it in for the night.
My oldest is on the cusp of thirteen, the teenage years. He seeks distance like a bee to a flower, giving me the duck and wave as he joins up with his friends. His costume is typical of his age -- a Vans sweatshirt, Levis and sneakers and a Scream mask, a pillowcase slung over his shoulder like a carefree shrug.
We even put the dog in a costume -- a hot dog. Not the most flattering costume for a dog who is half corgi -- who already is predisposed to heavy hips, a wide thick middle and short legs. He dragged himself along, his self-esteem surely taking a hit in such an unflattering, ridiculous get-up.
I stayed back at the house poised with a bucket of Butterfingers and Skittles for all the little ninjas, princesses, superheroes, raggedy anns and wizards at the door. Another Halloween here and gone like a blink of an eye. Where does the time go?
On a separate note, I recently finished an article about testing that needed to be done for Sean as part of a psychological evaluation requested by the county. If you'd like to read more, the article can be found at the following link: http://www.lifeclectic.com/2011/10/24/testing-1-2-3/
Posted by Katie Donohue Bevins at 6:40 PM 1 comment:

Have We Met In A Past Life? 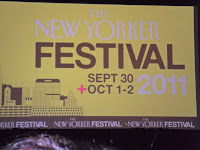 About two years ago a young mom came across my blog. She had just moved from NYC out to Westchester County, a move precipitated by her youngest son’s autism. They had tried to make it work in the city but the public schools offered little and the private schools were exorbitantly expensive – costing them over $50,000 a year to get their son an education that would help meet some of his needs. Exhausted, disillusioned and hemorrhaging money they sold their home at a $150,000 loss, moved out to the burbs and rented a home in a good school district. They packed up their lives into corrugate boxes, left behind the life they thought they were going to have and at a tremendous financial and emotional loss moved away.

On her son’s first day of public school in the new neighborhood she worried as she took him to his new classroom. The school district had his paperwork and file and seemed to be able to give him the support and resources necessary to meet his needs but this was a huge transition, tough on any child but particularly a child with autism. She has an older son, too. Like my older son, her child is neuro-typical, but nonetheless, having to pick up and leave everything he knew and start all over weighed heavy on her mind. Did they do the right thing for both boys? Was this going to work out? There was too much at stake for it to go terribly wrong.

She came home, sad and scared and Googled something like “Autism Back to School”. My blog, which was considerably new, somehow came up in her search with the entry Life’s Lesson Plan http://autism--tearsofaclown.blogspot.com/2009/09/lifes-lesson-plan.html. The entry was about sending Sean to school and how my worries were heavy and how every start of a new school year seemed to be another moment of grief and distress; my child falling so far behind the others, his face growing into a boy’s face and yet his mind still so much like a young child’s.

She read my blog and commented. There was something so raw and familiar in her words that I wrote back and asked if she’d like to talk more via email. We did. It was the start of a very unique and lovely friendship. She would read my blog and be my biggest cheerleader or a strong shoulder to rest on and leave messages of hope, strength and kinship. She, too, began blogging about her move to Westchester County, her children, her life, her music (she is a talented and a much revered musician). I’d leave her notes of encouragement, e-mails of optimism and somehow, without ever meeting each other face to face, we were each other’s closest allies and soft place to crash.

When I knew I’d be coming out to New York I didn’t hesitate making contact with her to let her know. She was excited and told me she could drive into the city on the weekend to meet.

Last Saturday I met her for the first time in the lobby of the hotel where I was staying. She was sitting on the stiff modern sofa looking at a magazine. I said her name, she looked up and it was like looking into the eyes of a dear friend. I can’t tell you how good it felt to meet the woman behind the keyboard, who shared so much with me in life and loss.

We walked down 39th to a little café and got our coffees and croissants. There was no awkward silence. It was as if we had known each other our whole lives, talking, commiserating and laughing. We only had two hours or so and I wish it could have lasted longer. It was not enough time to make up for the past forty or so years of not knowing her but it would have to do.

When I first started blogging it felt life a relief, a container to hold all that I could no longer keep inside my head and heart. But lately I have questioned what it’s all about. Sometimes I feel empty inside, nothing clever to say or no words rattling around in my tired head. But seeing her reminded me of all that I have gained from putting my story out there – connection and friendship, feeling less alone and scared.

I have written more about my trip to NYC and what it was like to leave behind the husband and the kids for five whole days at Lifeclectic Magazine. Here’s the link: http://www.lifeclectic.com/2011/10/04/coming-home/
Also, my friend's wonderful blog can be found at: http://onceuponasnowflake.blogspot.com/
Posted by Katie Donohue Bevins at 9:47 AM 1 comment: